This morning, I was doing some data analysis in the quiet lab all alone. Usually people in my lab don't come until noon, including my boss. But for some reason, I've decided to live a "normal" life and have been trying to start work around 9-9:30.

Around eleven, suddenly I heard my boss talking behind me. I was very shocked because he never showed up so early, and I still had all my messengers on! Worst of all, he was in a "wanting to know what I had been doing" mood, and started to ask about some very detailed parts of my experiments. He is never good at keeping track of the details of what every one is doing or planning to do. But in this specific morning, when I still had all my messengers on secretly, and when no body was around to rescue me, he somehow wanted to talk about all my experiments and even recalled I planned to play with some spare rats.

It took me quite a while to explain what I planned to do. My boss listend very carefully...but but but..suddenly, he started combing his hair WITH A BLACK COMB.... @@ It happened so fast that I did not even see where he got the comb. He was still paying attention and talking back, but for some reason, he wanted to combed his hair so badly that he could not even wait until the end of the conversation. @@ I almost wanted to laugh. "Hey, boss, this is not the first time we meet, right?" I almost wanted to ask. The second thought that came accross my mind was that "is my hair so messy that it reminded my boss to comb his hair?" @@ The thought kinda scared me. I felt I should reach my bag to find my comb and combed my hair also. @@ To be honest, who doesn't comb his/her hair? But watching your boss combing his hair subconsciously while having a conversation with you is a totally different thing. @@

After the conversation, the first thing I did was running to the bathroom to check my hair. I even forgot to turn off my MSN first. For the first time in my life, I spent so much time in front of the mirror checking my hair."Hm...should I make this part straighter? or should I make the line more lateral? How come it looks like I am getting bold?" I never really care about my hair as long as it doesn't get in my way when I work. But this morning, for the first time, I had a hair issue, and seriously considered spending more time drying my hair before hitting the bed..@@

Why did my boss comb his hair when talking to me ?! @@ According to people in my lab, you'll alway be surprised at what the boss would do...hm...@@ guess I have to agree... 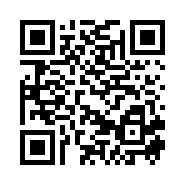