The boys next door told me the volume of the radio
went all the way up that
they had to turn it down for me.
Was that her? Was she there one minute ago?
How about one minute later?
It was so surreal.

I wanted to blame God for not allowing more time.
Not even three weeks? so I could be there?
Almost like bargain, I wanted to yell at the stingy stupid God with no heart.
But then I realized it was just my selfish thought.
The sooner it ended, the faster the pain would be gone.
I wanted it to be longer, just so I, ME, would feel better, not her.

The next morning,
I said good bye on the phone.
It was so surreal.
One minute ago, she was there.
One minute later, she was not,
the woman who defined the word "genuine" in my world.

The world kept spinning.
Thanksgiving was time for turkey and family.
And I just wanted to sit beside her once more,
even if that was my selfish thought. 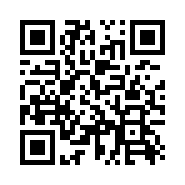