I am getting lazier and lazier. I must be getting old. Seven hours' sleep is never enough for me. But I think this is the best proof that I am my parents' biological daughter. None of my family sleeps less than 8 hours a day. I feel lazy every evening. I am starting to feel that I will never be able to finish this series of articles about san diego. Is this some kind of rat syndrome? Too much rat interaction?

On Sunday, we had lab dinner in a nice Mexican restaurant. After that, we went to some party I had no idea with in Hyatt lounge.

The mexican restaurant was nice. The food was ok. I had some chicken dish that was too dry. But being a fan a cheese, as long as there was a lot of cheese, I had no complain. Although the food was so so, the Margarita was great. I never liked the sharp bitter taste of Tequila, not even when it was mixed with juice. But I really liked Margarita there. Not too sweet, not bitter, not sharp, perfect. But for some reason I kept dropping things into my drinks that night. I first dropped my chicken in my Margarita, and later dropped cheese in my water. My boss was extremely entertained by my incapability of keeping my food in my plate. While feeling a bit embarrassed, I thought to myself, "maybe I am using up all my bad luck for this trip (which was proved to be totally wrong in the next few days!! >< )" Other than food, I had a good time. Every one was a lot more relaxed, talked, and joked. I wondered if I would become good friends with some of them, more than just co-workers, if we spent more time out of lab together. But that was just a thought. I knew we would always , and only, be coworkers.

After dinner, we went to Hyatt for some event I had no idea with. The lounge was on the 40th(?) floor and had a nice view of downtown San Diego. The view was so much like what we could see from Zoology department in NTU that for a moment I thought I was in Taipei. Ever since I moved to Ann Arbor, such night scene had disappeared from my daily life. I used to like and be scared of the night scenes . The colorful lights were so pretty and distinguished in the dark, but also so lonely and lost. While every street, every store, and every tall building went quiet, I could only hear myself. No other distraction, just me. It was the inescapable fact of living my own life in this world that made me hard to breathe. Alghouth I was surrounded by lots of people in the loundge, the exact same feeling suddenly occupied my whole body. And then I was asked again about why I changed labs.

The above was my Sunday in San Diego. (oh, did I forget to mention
how comfortable it was to talk on the street even at night? :~~) 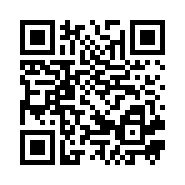