Today I went to Treasure Mart, which is a famous store not far from farmer's market and sells used stuff. My landlords got all their furniture from the place and highly recommended it. Since I need table, chairs, microwave, coffee maker, knives, basically every thing, I decided to walk there. So, here is the story. On may way to the store, I made my first mistake- buying produce at farmer's market. I bought a bag of baby carrots and a bag of tomatoes. What's wrong with buying healthy, good quality, cheap food? Nothing's wrong...at least not until you have to carry them to the ridiculously crowded store. Thank to the football game and those monster-like undergrads who just got back to school. Treasure Mart was packed with people with middle-agers wearing ( is there such word? I made it up) "Michigan Mom" " Michigan Dad" T-shirts and white-headed people proudly wearing "Michigan Grandparent" stickers on their polo-shirts. The atmosphere was so different, almost way too funny, that I almost wanted to laugh. When living in the old apartment with those rich drunk party princess and prince, I felt like antique, like qualified to be buried in the grave. But being in the treasure mart with michigan parents and michigan grandparents is another story. Basically the highest and the only tip to get good stuff in treasure mart is to be fast, precise, and cold-hearted, like fighting. Surrounded by the older generations, I felt like an egg that wasn't even born...small, fragile, naive, and ready to be smashed. Ok, enough garbage. So, I saw a nice panasonic bread machine, which costs more than $100 in market but only $15 in treasure mart. I was thrilled..I always wanted one but had been hesitated because of the high price. But I told myself, "wait, fat Jao, let's focus on the table first. A table and chairs are why you're here today, remember?" Being very self-controlled, I kept hunting for my table. It was kinda like playing Japense "shan-pu". Every one walked around the circles..hunting, waiting to knock down others. Finally I found a decent folding table, which was exactly the size I need. I went to ask about the price. And they told me to wait for a second. So so so , the second mistake here was that I decided to go to the bathroom. Five minutes later, I was back to Treasure Mart...but...WHAT, some one just bought my table. THAT WAS MY TABLEEEEEE! Frustrated and tired, I went upstairs, wanted to pick up the bread machine, and found...dong dong dong...it was GONEEEEEEEE. SOLDDDDD. Some one took MYYY bread machine!!!!! I almost wanted to throw the heavy bag of tomatoes on whoever that got the table and the bread machine.

Did I buy anything? Yes, I walked out of the store with one stupid coffee maker. I do want to buy a coffee maker, the kind you pour water on the top, grind at the bottom, and press down the filter after a few minutes. I did not plan to buy a stupid Mr.Coffee coffee machine at all. Why did I buy it? I don't know. I guess I felt I needed something to prove the trip was not a waste of time. I was truely an egg after all, boiled and fried.

Life is full of suprises. I couldn't believe two things disappeared in front of my eyes in 10 minutes. But it is said that if a window is closed, God will open another one for you. So, what/where is my next window? The only way to find out is to keep walking.

Thanks for reading my "cry-hungry" article. Maybe your reading is the window I am waiting for. My voice is heard. My heart is touched. And now I am comforted. 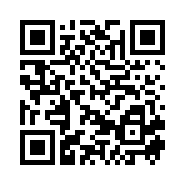