For both Chinese new year's eve and Chinese new year's day,
I was on crazy rat running schedule.
Although I did not celebrate, not even make it to Tomato's hot pot party,
I still feel I had a pretty good new year.
(if the time our stupid racist lab tech. was around didn't count)

The first thing that touched me was the help from my two undergrads, Ben and Chris.
Here in the UMich, they can take lab course which requires them to work in lab 10 hours per week.
Because of the super tight schedule, I was more harsh than normal.
Although I tried to be more patient, I wouldn't deny if you called me a irrational jerk today.
Ben, who is planning to come 13 hours this week already, offered another
2.5 hours of help today. He said, " I can come after my exam. I plan to skip the class. It is
not all that important. There is a lot to do (for the experiment). And you probably need
help." Although I insisted him going to the class, I was all touched, especially after
screaming and correcting him all the time for the whole morning. Chris helped
me to run experiments till evening. When the experiment was done, I told him it was probably
past the time he was supposed to be in already. He replied, "that's fine. I don't
care. I can help you finish this." Again, I was about to melt, especially given the fact
that it was 7:30 pm already. After starting the day with holiday blue,
the two kids really made my day.

I also wanted to thank my lab mates. I can't think of anything specific to thank.
It was probably the short conversation we had about the Chinese new year next to our
candy basket, or the way they were friendly to me when I was rushing in and out
hoping to have 8 arms, or the way they checked on me to make sure I got the help I
needed. Their being nice and friendly, just simply that, made my Chinese new year's
day delighted.

My boss offered some sweet elements to my Chinese New Year's day as well.
In the evening, he came in to have a short conversation with me about the Chinese
new year. He told me he used to go to China town on Chinese new year's day
when he was an undergrad in UC Davis. "Really?" I was very surprised. " Oh
yes, every year, to see parades and then to have dinner in Chinese restaurants."
My boss is the type of person that wears European style clothes, loves cheese and
wine, speaks softly, and is always very thoughtful, just like an European gentlman.
The image of him being a silly undergrad standing in the crowd watching
dancing lions and dragons amused me. To be honest, I'd always assumed that my
boss ( or most Americans) were ignorant about Asia. Knowing that he used
to "celebrate Chinese new year (these are exactly the words he used)" somehow
made me feel warm hearted, especially after dealing with the racist lab tech.

I had a long lab day. Nothing Chinese. Nothing new year.
I admit the day started with holiday blue, but now looking back,
I feel I had a happy chinese new year's day.
Oh, I did wear red on purpose today, just to create a little bit
"Chinese new year" atmosphere for myself.
What's it gonna be like when I think about all these Chinese New years in
Ann Arbor in the future? White, snowy, and quiet.
Happy new year, Ann Arbor. Happy new year, Taipei.
Happy new year, alone but peaceful, to myself. 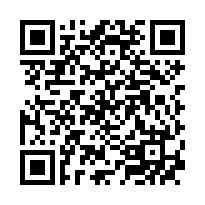