As we grow older, it is actually important to have some "I don't care attitude".
We have to learn to build our own values that are not influenced by the society.
Those values make us who we are.

The "I don't care attitude" that makes people sick is built on personal desire without
considering others' feelings or thoughts. I would call that kind of "I don't care
attitude" "self-centered". When I hear this kind of people saying, "I don't care",
I actually want to show them my middle finger.

However, there is another kind of "i don't care attitude" which actually makes people
admire it. The attitude is built on "the fairness of events" and "the insistence of
becoming a better self with ideals". When I hear this kind of people saying, "I don't
care", I smile and want to give them a hug. 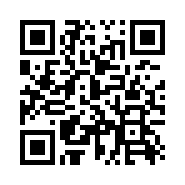