On Monday, we went to a "beach party" that neither had camp fire nor was not on the beach. Several students rent a beach house near the beach. I had nothing else to do so went to the beach party. The weather was too chilly for us to actually do anything on the beach. People started to talk about crazy stories and funny things that happened in East Hall, where our department is located. I have to say American students, even graduate students that are considered more mature than undergrads, are genreally more like to do things that are funny, crazy, and sarcastic. For example, at one time, people complained about guys not being considerate when using the bathroom shared by both genders. A public email was sent to the whole department about how guys should "aim better" or at least whipe off pee drops after using the bathroom. One day after the email, a lot of stickers in the shape of dart tartgets appeared in the bathroom. Some were on the toilet, some were on the wall, some were on the ceiling, basically every where. It amuzed all students but drove one female faculty crazy. Faculty even considered shut down that only bathroom in the biopsych. area. I truely enjoyed this kind of silly jokes. Although we can not go on vacation all the time, we can always have fun in daily life. I guess that is why I do things that do not make sense, like drawing on my notes or writing meaningless articles. I just want to have some fun every day, do something out of order, and then I will feel I am alive. That night ended with a little frustration though. I could not stay longer to chat with my old lab mate I had not seen in a while. It was not the fact that I had to leave early that made me upset, but the fact that how I thought or felt was not considered. But I guess this is just the real world. For some people, they know what they want, and they have their own rules, very solid and unnegotiable. 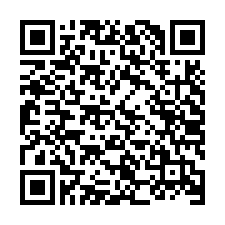