On Friday, I visited UCSD and Old Town. UCSD is very "Californian" to me. The first thing that amazed me was to hear students speaking with californian accent. It was almost like they had too much sunshine that all vowels were baked jumpy and curly, and they just could not help adding "like" to every sentence they spoke. Without heavy clothes and red noses, lots of students were skating around making loud noises. Oh, and there were so many asian students, and asian restaurants on campus. The only thing I did not understand was why all buildings were built gray. They reminded me so much of buildings donated by "tru-zi" (the buddhist organization). I have to say buildings in Ann Arbor are more beautiful. Well, maybe people in cali do not care about pretty houses. They can always WALK to the beach ANY TIME they want anyway (Yes, I am jealous!). Old town is just an area with old houses ("old" in an American sense). It was quite fun to see those buildings that we no longer see today. Also, I was again delighted by the mexican atmosphere in the area, not that I liked Mexican culture in particular, but it made me feel " cool, I am on vacation!" We ended up going to a randomly-picked Mexican bar. There I had very tasty Quesadillas ,
fried ice cream (yummy!), and some booze that I do not remember the name. I was happy and satisfied.

On Saturday, I spent most time in Downtown. Originally, we planned to meet with Dr.Yen, my old boss from Taiwan. But because of some accident, we ended up facing the situation of going back to hotel to rest, or roaming around in downtown ourselves. We (or maybe it was me?) decided to walk around, for it seemed lame to watch TV in hotel. Downtown was crowded on Saturday night. There were a lot of bars and night clubs, lots of young people hanging out, and lots of neuroscience people who were obviously bored just like us. Food and alcohol were about the same price as those in Ann Arbor, which was quite surprising to me. The highlight of that night was a huge glass of Chirardelli ice cream. Just like having treats when dining out with my parents in my childhood, the ice cream made me all happy and satisfied. 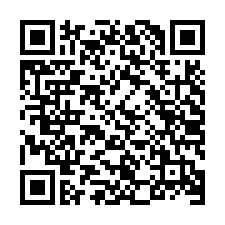