瀏覽方式： 標題列表 簡短摘要
I have never felt so frustrated in decades. I need to do something to make myself feel better, so here I am.

I have spent 20+ dealing with my phone company called Net10. First, I bought a new phone from the company and wanted to
transfer my old number to the new phone. Honestly, I don't think what number I have matters to anybody. The most important
function of my phone is to work as my alarm clock. But I don't want to go through the process of changing my phone number
in every document. So, I desperately wanted to keep my old number. Finally, my phone came..but wait, where is the SIM card?
The stupid company forgot to send me the SIM card with the phone. I am using a prepaid phone. Without a SIM card, the new
phone is basically non-functional. I spent 5+ hours telling the company I needed my SIM card and made them promise I could
keep my old number.

They promised me they would fix the problem. Finally, the SIM card was activated...but wait, why was the phone number different?
I spent another 10+ hours to figure out that the stupid company attached the wrong number to my SIM card. They told
me they had to send me yet another SIM card. At this point, my phone number has expired ( cause there was no way I could
pay). And I have received like 3 case numbers... trying to fix all these problems. They still told me I would be able to keep
my old number.

Finally, the new new SIM card came. I called again. They told me I would need to have my old phone on for them to verify
some information. But who would bring a non-functional old phone in the backpack? So I had to call back yet another day.

Finally and finally, I called back this afternoon, spent another 2+ hours verifying all the information. And then their system
crashed. " All they have to do is to attach your old number to your current phone." the representative on the other side
of the phone reassured me I would have no more problem.

At this point, I had lost my patience. I started yelling like a barbarian on the phone. It wasn't my fault to let the number
expire in the first place. Why did I have to go through all these stupid verification thing over and over again?

Finally and finally and finally, I called back this evening. After another 1+ hour, they told me my number was taken. "What? After
all these hassles and now you're telling me nothing is happening?" " beeeeepppppppp ...beeeppppp...Beeeeepp". That was
the answer I got. Their service time was up.

Are you still reading this? I can't believe you are, just like I can't believe I can't get my damn phone activated. I feel so
angry and frustrated..especially when there are still endless reports, exams, and experiments waiting for me.

" Why are you angry?" I asked myself.
" because I can't get my old number back." I thought to myself.
" Why would it matter to use a different number?"
" Of course it matters. I will have to change my phone number in all documents."
" Well, yes, it takes some time. But you have done that before right ? just a couple hours." I asked myself again.
" Yes, just a couple hours. But I have spent so much time on it. If I don't get my old number back, I will feel like a loser."
" Maybe. But is it worth the time feeling angry and fighting for a stupid number?"
" Maybe not. But I still feel angry. Also, I will have to tell others I have a different number now."
" There aren't that many of them."
" Nope, there aren't, as if they care."
And then I started to feel upset instead of feeling frustrated.

I was supposed to go to a defense party. But the stupid phone problem ruined my whole night. Worst of all, it reminded me
how I lost my digital camera (and the photos) and the death of my hard drive ( yes, I didn't do backup cause I trusted Apples
too much. I lost all my notes about papers I have read and my thoughts about work stuff). I felt like a loser that's not evolutionarily
fit in the modern society. No phone, No computer, No camera.

" Why aren't you at the defense party?" school sister asked me on MSN.
" because I am frustrated and angry."
" Sounds like you should go home" school sister replied.
" maybe. but I have to do something to feel less angry."

So, here I am. Thanks for reading my complaint about being unlucky.

Not enough? I can tell you more..if you have a bucket ready to catch my tears. 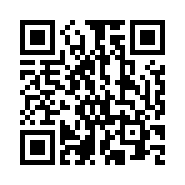