瀏覽方式： 標題列表 簡短摘要
1. An old guy in the gym asked me for help. He bought some brush made by Jade on Ebay from china. The jade broke into pieces in front of him when he received it. He wanted to file a lawsuit to fight with the chinese government that gave certificate to the jade brush. He wanted me to translate the certificate for him. Actually I wanted to tell him to forget it. I wouldn't believe anything, or any certificate, from china at all. ja

2. Some stupid undergrads stopped me on the street asking for a chat/date. I just walked away, not even bothered to tell them I was old enough to be their mom. I feel very very old...so old that all those undergrads start to look like monkeys to me. I probably once jumped around and looked like a monkey, but not any more.

3. I attended several free gym classes. Now I truely think it's more important to be physically "fit", instead of just being thin. In those classes, a lot of American girls are by no means "thin" in Taiwanese standards. But they are really "fit" (or you can call that "strong"). They had no problems lifting weight, jumping ups and downs, and following the instructor, while I was half dead, trying to "touch fish (muo-yu)" all the time.

5. I think my boss is a really cute person. I don't mean he looks cute like movie stars. But he has really cute personality. Firstly, he is always very calm and laid-back when you talk to him. But if you look closer into his big blue eyes, you can see the sharpness and smartness hidden behind. To put it in another way, he is so smart and successful. But at the same time, he is so humble and friendly, like a college student sitting at the back of the classroom with no intention to cause any unnecessary attention. Because he is so quiet in public, especially for a big name like him, most people would have the impression that he is "shy" and "serious". So, it is actually hard for most people to imagine that he can be passionate and fun. For example, before I joined this lab, the psych. secretary actually warned me that he could be hard to talk with cause he was so quite and shy. So the first time I heard him humming when making coffee, my jaw almost dropped. Later on, I started to have the chance to see his passionate side. For example, I showed him some histology pictures which I thought were quite dumb and far from final results yesterday. But as usual, he was very encouraging and started to describe what I can try next. It was actually quite entertaining to hear him making weird sound when talking about adjusting focus of the microscope, or to hear him using the analogy of stars in the sky to describe neurons (@@ was he trying to make my potentially miserable future seem more interesting?). He even told me that I could do a bit each time, and I can stop any time I feel tired. (@@ @@ hm...i believe this implies what I have to do is gonna be tedious). Although my future task may be terribly tiring, I feel the passion from my boss. He has never asked any student about data any single time. And he has never questioned students about their progress. Students can even decide what time they want to come to the lab and how long they want to stay themselves. All my boss does is to be there when students want to or need to talk to him. If some one had told me about this kind of management earlier, I probably would laugh and thought it was way too ideal. But now I am here experiencing all these myself. Amazingly every one works hard and makes progress. Most important of all, every one is happy and does every thing out his own will, not because he feels the pressure or because he is asked to do so. I think this is all because my boss is a really cute person.

6. While scotland football team is beating other european nations, UM football team is being beaten badly. They lost the first two games to some unranked schools. On newspapers, there was a list of three things you should/should not talk about in ann arbor. "Michigan football" ranked the second, of course, on the list of things you should not talk about.

▲top
I had my first day of teaching today. I was not too nervous before the class because all I had to do was to go through the syllabus with students, and let them introduce themselves to the class. Plus, I was busy fighting with my last-minute report which was due today last night. So I did not really have the time or energy to worry about my first day of teaching.

But when the class really started, I was actually very nervous. I felt like sitting on the free-fall that I would throw my stomach up any time. I could hear my voice tremble when I said good morning to my 9 am class.But out of my expectation, the students were quite friendly. They laughed when I told them I liked to work out although I was not good at it (??? what's so funny about this?). And they smiled when I told them I liked animals (hm...not sure why). And they responded when I asked them if they had any questions. Before the class, our lab tech, who was an undergrad in U of M, warned me how bad the students could be. So, I went into the class expecting to see students falling asleep and not caring about what I said. But surprisingly, they all looked like good kids...hm..at least for today.

The class at 12pm was a bit of a nightmare. Students looked tired and hungry. I guess I should have let them stand up to introduce themselves before I actually talked about the boring syllabus. But generally speaking, like the first class, they were very friendly. They paid attention, they smiled, they looked like good kids.

My third class started at 1pm. Before the class, I thought I would get a class of devils that wanted to get out as soon as possible. I mean I was once young. I still clearly remember how difficult it was not to skip the Friday physiology class or to stay focused on Friday afternoon. But what happened was completely the opposite. I am not sure if it was because I made them do the introduction first, or because that was my third class already, this class turned out to be the best class I had. They laughed, they smiled, they had good interaction with me and other classmates, and they were all very focused. At the end of the class, several students actually said "thank you" or "thanks for the class" to me. Ouch, as a tiny little GSI (graduate student instructor) who had never taught before, those words easily won my heart. The students suddenly all looked like angels to me.

To be honest, as a GSI, I am not expecting my students to all love me or to like every thing I teach. All I hope is that they will learn SOMETHING and have some fun from my class. That something can even be the conclusion that they will never want to do neuroscience in their lives. When I asked them to introduce themselves to the class, so many of them gave an embarrassing smile and said, " I guess it is idiotic. But I am a junior and I still do not know what I want to do." They reminded me so much of my own struggle as a college student. So, I told them not to worry about it. Me and my friends were once like that. But if they keep trying, they will get closer and closer to what they like ( haha, actually this still applies to me now! who knows what I am going to do in the future!!!). And it is ok if they find themselves not liking biopsych. at the end of the class because we all are trying to figure out what we like or dislike. What I did not tell them was that all I hope to do, as a GSI, was to be able to offer some help.

That's the end of my first day of teaching. I believe all my students are good students, or they would not be in this school. They may get lazy, bored, or absent-minded sometimes (I have been there and done that!) But I still think we will have a good time in class! 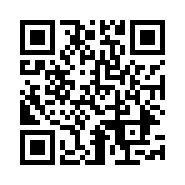