瀏覽方式： 標題列表 簡短摘要
Actually this part should be "cry full". I got lots of help from strangers. Although
I somehow agree with Jian Ze Ming's comment about Americans' being "too simple naive",
I have to admit they are generally friendly.

Cry Hungry part III started from a bus ride to the Mattress store on Washtenaw. After
being in the US for more than 2 years, that was my 3rd bus ride, also my 1st bus ride
alone. I nervously held the map and kept checking the bus route printed from the webpage.
For some reason, there were a lot of small stops not shown on the route map along the way.
For someone who had zero talent in direction recognition, I felt that the bus was taking
us to Mars.Worried about missing the lab meeting, the first one + the only one + the one
that made the whole lab change time because my Chicago trip, since I joined this lab,
I finally decided to seek help from the guy sitting next to me."Excuse me, do you know how
far we are from XXX road?" I asked. Suddenly, four people turned to me like I threw a
big stone that broke the peaceful atmosphere. I am too lazy to describe the detail. The
result turned out to be that the stop I should take off was on shown the route map at all.
So, one of them told me to just relax and he would keep me informed and ask the bus to
stop for me. Another of them went to the front to get a bus schedule for me and described
to me about how to use it. I was very touched. Without them, I could have ended up being
in the middle of nowhere!

After that, I called a taxi Van and planned to pick up my futon, table, chairs, and microwave
in three different places. I was very very very lucky to get a very friendly and kind woman
as driver. She not only drove me to those places but also helped me to carry those heavy stuff
from the store to the car..and even to the front of my apartment. I was very surprised because
that was not her job at all. Actually the longer we waited, the more she would make. But while
I was signing document at the cashier, she offered help to move my furniture without complaining.

While we were moving my furniture to the front of my apartment, a college kid walking by stopped
to help. That was another surprise.

It is never easy to ask for help. When unexpected help happens, I feel I am blessed, by ancestors,
by God, by the world. After all, I am a lucky one!

This is not the end of the story though. My apartment is still like a war field. That means
there will be Cry Hungry IV.... do I feel troubled or upset? Once in a while..for like 5 minutes,
but not more than that. In contrast, I quite cherish the opportunity to experience what a
true life is like here in Ann Arbor! 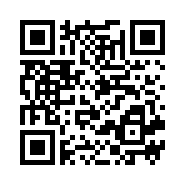